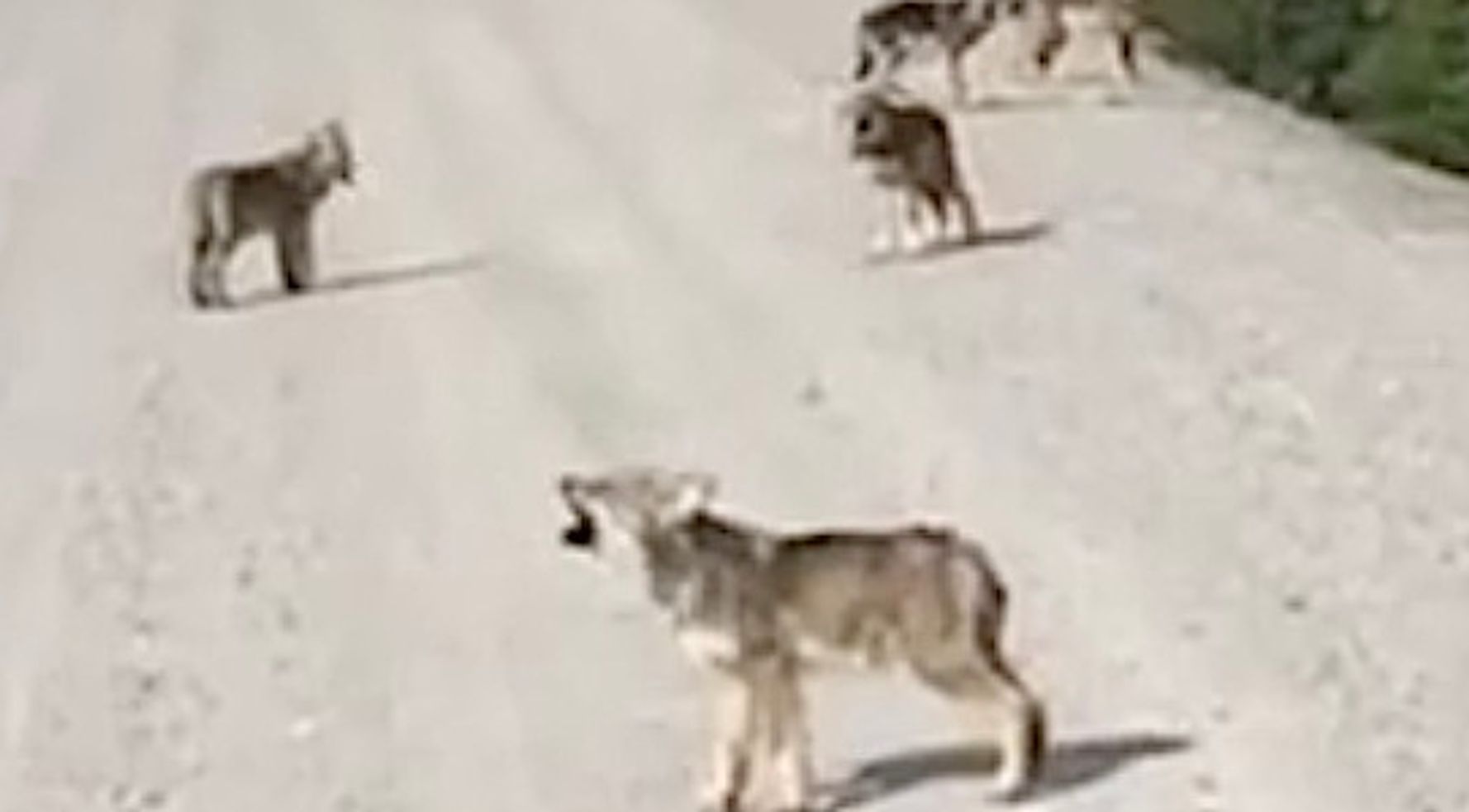 Now here’s something you don’t see every day: a pack of little wolf cubs working on their howling skills.

The footage of the fuzzy apex predators was shared last week by Rumble, which did not explain where or when it was recorded.

According to National Geographic, howling is a form of wolf communication. The animals call out to other members of the pack, share location, track prey and more.

“Wolves howl for more reasons than we’ll ever know,” the website noted. “They even have daily howling choruses with their own packs, which can be one way of strengthening member bonds.”

One thing they don’t do: howl at the moon.

Wolves are nocturnal and more active at night, which might make the howls more common and noticeable when the moon is out, but they’re not howling at the moon itself.